Home » About Us » History

Starting in 2005 and continuing over the next couple of years, many communities across Missouri experienced reduced funding in mental and behavioral health and substance use treatment services for children and youth due to budget cuts at the state and federal level. Recognizing the needs of kids and families in St. Louis County, a coalition of committed local nonprofit agencies and community supporters decided to address the growing problem. 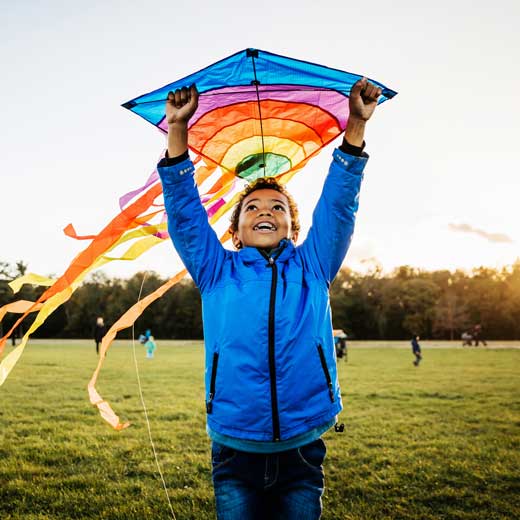 Missouri residents identify the need for mental health and substance use prevention services for children and youth. Missouri law, statue 67.1775, authorizes the use of local sales tax to establish a children’s service fund.

Proposition 1, known as Putting Kids First, is approved by 62% vote, creating the St. Louis County Children’s Service Fund and designating a quarter-cent sales tax to be put towards children’s mental and behavioral health and substance use prevention and intervention services.

County Executive Charlie Dooley appoints the CSF Board of Directors.

Michael Yarbrough elected as the first CSF Board Chair In October.

Terry Crow Is elected CSF Board Chair In April

Over $44 million allocated to 54 agencies

CSF Board authorized a 2-year funding cycle for Core

CSF Board adopts a standardized unit-rate structure for agency reimbursement

CSF forms an Outreach Council, a CSF led group made up of communication and outreach coordinators from partner agencies, government entities, and local nonprofits, that meet quarterly. The focus of the Council Is to discuss trends, challenges, and best practices for how to engage the community and deliver messaging regarding agencies and their programming.

Patti Kelley elected as CSF Board Chair In January

CSF forms the Community Advisory Committee (CAC) as a voluntary committee comprised of professionals In the community that have experience and expertise In children’s behavioral health services.

Dr. Randall Sterkel elected as CSF Board Chair In September

CSF forms the School Based Advisory Committee (SBAC), which Is comprised of representatives of St. Louis County school district, CSF partner agencies that provide school-based services, and other educational stakeholders.

CSF celebrates 10-year anniversary and has allocated over $400 million

CSF Board approves Emergency Funding In response to needs created by the Covid-19 global pandemic and provides $250,000 to 20 agencies to address Immediate needs

CSF Board approves a second round of Emergency Funding In response to the ongoing global pandemic, allocating $1 million to 17 agencies for a 1-year period

CSF Board approves extending 2020-2022 Core contracts to 2023 as a response to barriers experienced due to the Covid-19 pandemic.

CSF Board approves second Grassroots Funding Opportunity beginning In 2023 and lasting for a 2 year period.

CSF launches new brand In alignment with the strategic plan

CSF launches new website In alignment with the strategic plan

CSF embarks on equity Initiative In alignment with the strategic plan

Since our first allocation in 2010, we have invested more than $450 million in local nonprofits and governmental agencies to provide behavioral health services for children and youth in St. Louis County. Through collaboration and partnership, we at CSF work to ensure kids have the support and resources they need to achieve their potential.

We use cookies on our website to give you the most relevant experience by remembering your preferences and repeat visits. By clicking “Accept”, you consent to the use of ALL the cookies.
Do not sell my personal information.
Cookie SettingsAccept
Manage consent

This website uses cookies to improve your experience while you navigate through the website. Out of these, the cookies that are categorized as necessary are stored on your browser as they are essential for the working of basic functionalities of the website. We also use third-party cookies that help us analyze and understand how you use this website. These cookies will be stored in your browser only with your consent. You also have the option to opt-out of these cookies. But opting out of some of these cookies may affect your browsing experience.
Necessary Always Enabled
Necessary cookies are absolutely essential for the website to function properly. These cookies ensure basic functionalities and security features of the website, anonymously.
Functional
Functional cookies help to perform certain functionalities like sharing the content of the website on social media platforms, collect feedbacks, and other third-party features.
Performance
Performance cookies are used to understand and analyze the key performance indexes of the website which helps in delivering a better user experience for the visitors.
Analytics
Analytical cookies are used to understand how visitors interact with the website. These cookies help provide information on metrics the number of visitors, bounce rate, traffic source, etc.
Advertisement
Advertisement cookies are used to provide visitors with relevant ads and marketing campaigns. These cookies track visitors across websites and collect information to provide customized ads.
Others
Other uncategorized cookies are those that are being analyzed and have not been classified into a category as yet.
SAVE & ACCEPT